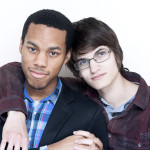 What is sexual orientation?

How do I know my sexual orientation?

When will I know my sexual orientation?

Is it OK to be lesbian, gay, bisexual, or queer?

Yes! Although some religions and cultures may have traditional beliefs that these types of feelings shouldn’t be expressed as behaviors, current medical, psychological, and psychiatric organizations believe that being lesbian, gay, bisexual, or queer (LGBQ) is normal. Many religions and cultures are inclusive and welcoming of LGBQ people. Regardless, many LGBQ people are able to keep their religious values and cultural identity and feel comfortable expressing their sexuality.

What’s the difference between gender identity and sexual orientation?

Many people confuse the two, but here is a simple way to understand the difference: gender identity is more about “who you are” (boy, girl, both, or neither) and sexual orientation is about “who you have a crush on.”

What are homophobia and biphobia?

What are some examples of homophobia and biphobia?

Negative feelings and attitudes about lesbian, gay, bisexual, and queer (LGBQ) people can be shown in different ways. Some ways are obvious and intentional; for example, direct insults, threats, bullying, physical harm or violence, and discrimination. Some ways are less obvious. Examples of these hidden forms of homophobia, biphobia, or transphobia include people who aren’t comfortable around LGBQ people; not including LGBQ persons in your activities, groups, or events; the use of slurs/words in an unintentional way; and avoiding discussions about LGBQ issues due to feeling uncomfortable. All types of homophobic and biphobic attitudes and behaviors can be hurtful and sometimes dangerous to LGBQ people.

Why do homophobia and biphobia exist?

There is no easy answer to this question! The best way to understand it is to realize that mainstream culture often feels uncomfortable with differences, and minority groups can be labeled as “different.” Minority is a term used to describe any group of people who experience a relative disadvantage in living their day to day lives as compared to the mainstream or dominant group. Other minorities such as racial/ethnic groups are also discriminated against. Even though being LGBTQ is common, these groups are still minorities, as minorities are not necessarily small in numbers. The good news is that through advocacy and social change mainstream people are becoming more welcoming and inclusive of diverse people, and hopefully homophobic and biphobic behaviors will become less common in the future. Even if you do not identify as LGBTQ, you can help support your friends who are by ensuring they feel welcome.