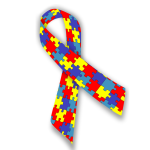 Perhaps you know someone at school or have a sibling or relative who has a diagnosis on the autism spectrum, or maybe you have been diagnosed with ASD (autism spectrum disorder) yourself. More than 1 in 54 kids in the United States have been diagnosed with some form of Autism Spectrum Disorder (ASD). This guide was created to answer commonly asked questions about ASD.

Autism is a neurological (brain) disorder. Most people with autism show signs by the time they are three years old but others may have milder symptoms that may go unnoticed until they are older. People diagnosed with ASD are said to be on a “spectrum”–some people are affected a lot and some are affected only a little, but the main characteristics of ASD in teens are limited social awareness and difficulty communicating effectively with others. They may have several very intense interests and/or repetitive behaviors or sensory sensitivities such as trouble handling certain noises or smells.

What are the symptoms of ASD?

A person with autism may have one or more of the following symptoms:

How is ASD diagnosed?

Unfortunately, there are no medical tests such as a blood test or x-ray, that can diagnose ASD. Most often a parent/guardian or someone close to a very young child notices some of the signs. If the child’s parent/guardian, teacher, or health care provider is concerned, the child will likely be referred for an evaluation by a specialist.

A developmental specialist (such as a neurologist, developmental behavioral pediatrician, psychiatrist, or psychologist) will make the diagnosis. Other health care providers specializing in caring for children and teens with developmental disorders including behavioral therapists, occupational therapists, and speech language pathologists will do tests to determine whether or not a child or teen needs special services. Diagnosis by standardized screening by the age of 2 (24 months) is ideal; however, many children are not diagnosed until they are older.

How does ASD affect a teen?

Since autism limits a person’s ability to communicate, teens with ASD may have trouble fitting in and making friends. Because they may have unusual behaviors and poor social skills they may be teased and left out of social activities. Sometimes they really have no interest in other kids and would rather be alone, but other times they wish they could make friends and just don’t know how. This can make them feel lonely. If you know someone who has been diagnosed with ASD, it’s important to let them know they are not alone. If you have ASD and feel sad, unhappy or lonely, talk to a parent, health care provider or another trusted adult and let them know how you are feeling. There are many people who can help you.

The cause of ASD is still unknown. There’s been a lot of research that suggests that ASD may be caused in part by a genetic disorder (a type of condition that runs in families). Research studies have also looked at changes in brain structure and chemicals within the brain as possible factors. Studies have shown that vaccines (shots) do not cause ASD.

How can ASD be treated?

There are many different treatments for ASD: behavioral, educational, and medical. It is important to note that people with ASD often have other associated conditions, such as intellectual disability (~50% cases), which will require specialized management. The following are the therapies that have proven to be the most effective:

Can ASD be prevented?

Unfortunately, this is something that researchers don’t know right now. However, with the right treatment that includes social, speech and language, motor, and cognitive therapies, a person with ASD can learn skills that help them improve their quality of life and contribute more effectively in the community.

I have a friend/relative with ASD. How can I help them?

By getting involved with your peers who have special needs, you can learn a great deal about yourself and make a lasting impression on another teen’s life. Some teens who have worked with special needs youth have such a rewarding experience that they decide to major in special education, communication disorders, psychology or pre-med or a related area in college so that they can work with children with ASD as a career.

How can I learn more about ASD?

To learn more about ASD, check out some of these :