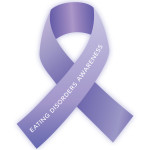 Eating disorders affect millions of people around the world. They’re most common in cultures that focus on weight and body image and can affect people of all genders, races, ages, and ethnic backgrounds. People who have a negative body image and those who diet are at risk of developing an eating disorder such as anorexia nervosa, bulimia, binge eating disorder, or a category called other specified feeding or eating disorder (OSFED). Eating disorders have serious health consequences and require treatment. Recovery is likely with early intervention, the help of specially trained health care providers, and a support network.

What are eating disorders?

Disordered eating is a term used to describe when someone doesn’t have a diagnosed eating disorder, but their eating patterns and behaviors put them at risk for developing an eating disorder. For example, anorexia nervosa can start when dieting becomes too extreme; binge eating disorder or bulimia nervosa can start because dieting often restricts the amount and types of food, so when a diet is broken, it can lead to uncontrollable eating and loss of control around food. Sometimes extreme healthy eating is referred to as “orthorexia” which is not a diagnosable eating disorder but may still be a problem if interfering with health or day-to-day functioning.

Prevalence rates or how often eating disorders occur varies with each disorder. While anorexia nervosa and bulimia nervosa are fairly rare, binge eating disorder and OSFED are slightly more common. A study done in 2011 estimated that 0.3% of Americans between the ages of 13-18 suffer from anorexia, 0.9% from bulimia, and 1.6% from binge eating disorder (Swanson et al. 2011). Estimates of OSFED differ from study to study, but may be as high as 15%.

Body Image and Self-Esteem: Teens are constantly exposed to unrealistic standards in the media such as airbrushed images, very skinny models, and constant celebrity images on social media and may feel pressure to lose weight or look a certain way. Because of these pressures, many teens develop negative body image and self-esteem. It’s important for teens to find ways to feel comfortable with the natural shape and size of their bodies.

Body distortion: Body distortion is when someone sees their body shape, size and appearance differently from what everyone else sees. Body distortion causes a person to over-focus on flaws or imperfections that they are insecure about. Most people who struggle with an eating disorder have body distortion issues and often worry about how they look or what people will think of them. These negative thoughts can be difficult to get rid of, and it is helpful to learn positive self-talk strategies with a therapist.

How do I improve my body image?

What do I do if I think my friend has an eating disorder?

Approaching a friend who you think has an eating disorder can be very hard. People who have eating disorders might be in denial, and therefore very defensive about their behaviors. They also tend to be very secretive about their behaviors, and often refuse to talk about their problems. Despite the strong reactions, it’s very important to continue to try and help someone you care about. In most cases, they need a lot of support and encouragement from friends and family to help them take the first step to seek treatment.

What are some suggestions for supporting someone you care about?

Remember, you’re there to support and be a source of encouragement throughout the process, not to be a therapist or tell them what to do.
Additional Resources