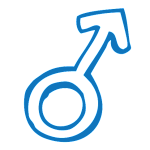 Have you heard of “the clap,” or “a dose,” or “a drip”? These are all names for gonorrhea. Gonorrhea is a common sexually transmitted infection, or STI, caused by bacteria.

How common is gonorrhea?

There were a total of 468,514 cases of gonorrhea reported in the U.S. in 2016, which represents an 18.5% increase of reported cases from the previous year. There were likely many more cases of gonorrhea that were not reported. Most of the gonorrhea infections were among young people (both guys and girls) between the ages of 15 and 24.

How is gonorrhea spread?

What are the symptoms of gonorrhea?

You may not have any symptoms if you have gonorrhea. If you do have symptoms, they usually appear within 1-14 days after becoming infected. It’s important to know you can still pass gonorrhea on to others whether or not you have symptoms.

Possible symptoms of gonorrhea in guys include:

Possible symptoms of gonorrhea in girls include:

Symptoms of gonorrhea in both guys and girls include:

How is gonorrhea diagnosed?

Is there a cure for gonorrhea?

YES. Gonorrhea infection is treated with antibiotics prescribed by your health care provider. The usual dose for uncomplicated infections of the throat, urethra, or rectum is just one dose of two antibiotics: a shot of ceftriaxone, plus buy azithromycin online, which is taken by mouth. If you treat gonorrhea early, it is usually cured with antibiotics. In recent years, bacteria that causes gonorrhea has become resistant to some antibiotics (the drug no longer kills the bacteria). This means it is even more important for people infected to take all of their medicine on time. The earlier gonorrhea is treated, the easier it is to cure. If the infection goes untreated, it can spread and cause a more serious infection, which will need a longer course of antibiotics. You may even need to be hospitalized to treat the infection.

Gonorrhea can cause serious problems if it goes untreated. It can spread from one area of the reproductive tract to other surrounding parts. Girls who have had a pelvic infection with gonorrhea are more likely to have a pregnancy in the tube (“ectopic pregnancy”) or pelvic pain. There’s also a risk of gonorrhea spreading into the bloodstream and causing fever, chills, blisters on the skin, or inflammation (arthritis) of the joints.

How can I prevent spreading gonorrhea?

How can I avoid getting gonorrhea?

If you’re concerned about gonorrhea, here’s a tip on how to bring it up with your health care provider: It burns when I pee. Do I have an STI?