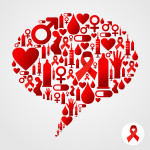 HIV (human immunodeficiency virus) is a virus that attacks the body’s immune system. If HIV is not treated, it can lead to AIDS (acquired immunodeficiency syndrome). Learning the basics about HIV can keep you healthy and prevent HIV transmission. HIV/AIDS can now be treated with medicine.  You can have HIV and not know it. According to the CDC, 1 in 7 people living in the United States, don’t know they are living with HIV. There is currently no cure. Once people get HIV, they have it for life, BUT with proper medical care, HIV can be controlled. People with HIV who get effective HIV treatment can live long, healthy lives and protect their partners.

What are HIV and AIDS?

HIV stands for human immunodeficiency virus. It weakens a person’s immune system by destroying important cells that fight disease and infection. These white blood cells called T-cells and in your immune system and are what fights against infections to keep your body healthy. T-cells play a key role in keeping a person protected from infections. If your immune system is weakened, it can’t protect your body and you can easily get sick. If a person with HIV does not get medical care, HIV will attack the immune system and they will eventually develop AIDS. AIDS can allow different types of life-threatening infections and cancers to develop and can lead to death.

Anyone who has unprotected sex (without a condom) and/or shares needles or injection drug equipment with an infected person is at risk for getting the HIV virus. Also, babies can be born with the virus if their mother is infected and is not on treatment. Some groups of people in the United States are more likely to get HIV than others because of many factors, including their sex partners, their risk behaviors, and where they live.

Does everyone who has HIV get AIDS?

Not all people with HIV get AIDS. However, if a person’s T-cell numbers drop and the amount of virus in the blood stream rises (viral load), the immune system can become too weak to fight off infections, and they are considered to have AIDS. It is then possible to get sick with diseases that do not usually affect other people. One of these diseases is Kaposi Sarcoma (KS), a rare type of cancer. Another is a type of pneumonia called Pneumocystis Pneumonia (PCP). These diseases can be treated, and a person’s T-Cells and viral load can return to healthier levels with the right types of medication, although the AIDS diagnosis stays with them even when healthy.

How is HIV spread?

If you have another STD, you are more likely to get or transmit HIV to others. Common STDs include gonorrhea, chlamydia, syphilis, trichomonas, human papillomavirus (HPV), genital herpes, and hepatitis. The only way to know for sure if you have an STD is to get tested. If you’re sexually active, you and your partners should get tested for STDs (including HIV if you’re HIV-negative) regularly, even if you don’t have symptoms.

If you are HIV-negative but have an STD, you are about 3 times as likely to get HIV if you have unprotected sex with someone who has HIV. If you are HIV-positive and also have another STD, you are about 3 times as likely as other people with HIV to transmit HIV through sexual contact. This seems to happen because there is an increased concentration of HIV in the semen and genital fluids of HIV-positive people who also have another STD.

HIV can only be spread through intimate contact with one or more of the fluids discussed above.

What are the symptoms of HIV/AIDS?

Some people may get an illness within 6 weeks of HIV infection. When people with HIV don’t get treatment, they typically progress through three stages. But HIV medicine can slow or prevent progression of the disease. With new medicines and treatments, progression to Stage 3 is less common today than in the early days of HIV. This early period in the infection may come with some of the following symptoms:

What are the stages of HIV?

When people with HIV don’t get treatment, they typically progress through three stages. But HIV medicine can slow or prevent progression of the disease. With new medicines and treatments, progression to Stage 3 is less common today than in the early days of HIV.

What should I do if I think I have HIV or AIDS?

If you think you are infected with HIV or have been exposed to someone whom you suspect or know to be HIV positive, or if you have symptoms, get tested and make an appointment with your health care provider right away. The earlier you get tested the sooner you can start medicine to control the virus. Getting treated early can slow down the progress of the HIV infection and may even prevent you from getting AIDS. Knowing if you are HIV positive or not will help you make decisions about protecting yourself and others.

How is HIV diagnosed?

Talk to your health care provider about what type of HIV test is right for you.

What does a “false negative” test result mean?

If you are tested too soon after being exposed to HIV, it is possible that you can get a “false negative”. This is because it can take between 2 and 12 weeks after infection for the HIV test to become positive, depending on the type of test used. It is usually recommended that you have the test repeated after 3 months to make sure that you are truly negative.

What about sex partners?

If you find out that you are HIV positive, you can help prevent the spread of HIV by telling anyone that you have had sex with or anyone you have ever shared needles with (since your last negative HIV test). Your partner(s) can also start on a medication which is taken once a day to prevent HIV.  It is called pre-exposure prophylaxis (PrEP).  When this medication is taken consistently, PrEP is 99% effective in preventing HIV from sex when taken daily. Among people who inject drugs, PrEP reduces the risk of getting HIV by at least 74% when taken daily at the same time. Taking HIV medicine as prescribed can make your viral load very low. This is called viral suppression—usually defined as having less than 200 copies of HIV per milliliter of blood.

HIV medicine can make your viral load so low that a test can’t detect it. This is called an undetectable viral load. Getting and keeping an undetectable viral load is the best thing you can do to stay healthy. Also, if your viral load stays undetectable, you have effectively no risk of transmitting HIV to an HIV-negative sex partner. If you notify your partner right away about your status, your partner can get tested and treated or started on PrEP as soon as possible. If you feel that you can’t tell your partner or would like help telling them, ask your health care provider for advice. They can let people know confidentially that they may have been exposed.

How is HIV/AIDS treated?

Right now, there is no cure for HIV infection or AIDS. It is a chronic illness and the virus stays in your body for your lifetime. The virus has been treated with a combination of different drugs which, when taken together at the same time every day without missing doses, work to keep the virus quiet so the immune system can stay strong. Following your doctor’s treatment plan is extremely important. Your health care provider may also tell you to eat healthy foods, exercise, and lower any stress in your life. All these factors work together to keep you healthy and feeling good.

If I already have HIV, can I get another kind of HIV?

How can I protect myself from getting HIV?