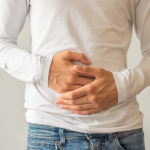 Norovirus is a very contagious virus and the most common foodborne illness in the United States. Some people call Norovirus, “food poisoning” or the “stomach bug”. Although symptoms may be similar, Norovirus is not related to the flu which is caused by the influenza virus. Anyone, young or old can get the Norovirus more than once in their life and it’s not pleasant. It’s especially dangerous to young children and older adults. The good news is the Norovirus can be prevented with good hand washing.

How is the Norovirus spread?

If you get sick from the Norovirus, remember that you are still contagious for a couple of days even after your symptoms (such as loose stools and vomiting) stop.

What are the symptoms of the Norovirus?

Norovirus usually affects your stomach and intestines. Symptoms will usually last 12-48 hours. The medical term is “acute gastroenteritis,” pronounced: a-cute gas-tro-en-ter-eye-tis. The most common symptoms include:

Other symptoms can include:

*People who become sick with the Norovirus often throw up and have diarrhea many times in a day. This can cause your body to get dehydrated (your body loses too much water/fluid).

Symptoms of dehydration to watch for include:

*If you have any of the above symptoms, call your health care provider right away.

How is Norovirus treated?

Because the Norovirus is a “virus” and not caused from a “bacteria,” medicine such as antibiotics don’t work and there are no vaccines to prevent it. It’s  important to prevent dehydration by drinking plenty of fluids. If you or someone you are helping to care for has symptoms of dehydration, call their health care provider right away. People who are very dehydrated and are unable to keep liquids down, may need to go to the hospital for IV (in the vein) fluids.

Is there a way to lessen my risk for getting the Norovirus?

Yes! The best way to lessen your risk for getting or spreading the Norovirus is by carefully washing your hands with soap and water many times during the day, especially

Other ways to lessen your risk of coming in contact with the Norovirus:

Be sure to continue washing your hands very carefully even after your symptoms are gone. Don’t cook or make meals for others while you are sick and for at least 2 days after symptoms stop. If you think food in your refrigerator has been contaminated, throw it out with care. Handle soiled sheets or other contaminated laundry carefully. Wash sheets, towels and clothes in hot water for the maximum amount of time, double rinse and machine dry. When cleaning contaminated surfaces (such as the bathroom), wear disposable gloves and use a product that contains bleach.
Additional Resources