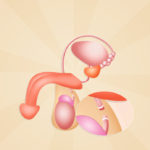 What is a vasectomy?

A vasectomy is a form of permanent birth control for men, which means that if a man has this procedure, he won’t be able to get a woman pregnant. A vasectomy is a minor surgery that closes or blocks the tube that normally brings sperm into a man’s semen. This means that when a man ejaculates, there is no sperm in the semen, so it cannot cause a pregnancy.

Why would a man choose to have a vasectomy?

Most men decide to have a vasectomy because they want to have enjoyable sex without worrying about getting their partner pregnant. A man should only get a vasectomy if he is sure that he does not want any children, or any more children. A man who thinks he may want to have children someday should use a temporary form of birth control (such as condoms) instead.

How is a vasectomy done?

A vasectomy can be done in a medical office or an operating room. The patient may be asleep or awake for the procedure. If awake, the patient is given numbing medicine so that he won’t feel any pain. There are 2 types of vasectomies: a conventional vasectomy and a no-incision vasectomy.

How effective is a vasectomy?

A vasectomy is one of the most effective methods of birth control. It’s close to 100% effective, which means that out of 100 men who have a vasectomy, less than one would cause a pregnancy each year. While a vasectomy is very effective at preventing pregnancy, it is not effective right away. There may be sperm leftover in the vas deferens from before the surgery, so it’s important for a man to use another method of birth control until that sperm is gone. Some time after the procedure, the doctor will ask the patient for a sperm sample to test the sperm count. This is done to find out if there are any sperm left in the semen. It can take up to 3 months for any sperm to leave the body.

A vasectomy does NOT protect against sexually transmitted infections (STIs). Male or female condoms are the only way to lessen your risk of getting an STI (if you are sexually active).

Are there any risks?

Serious complications are rare and side effects are usually mild. Some men may have some discomfort after the procedure, which usually goes away after a few days. Men should wait to have sex until they are fully healed (about a week). After a vasectomy, the doctor should explain what to watch for. Signs of infection may include:

In very rare cases, the cut ends of the tubes can grow back together which can allow a pregnancy to happen. Only 4 out of 1,000 men will have problems obtaining an erection after a vasectomy.

Will a vasectomy affect a man’s sex life?

No. Having a vasectomy should not affect a man’s sex life or change his ability to have an erection.

Can a vasectomy be reversed?

It’s possible to undo a vasectomy (called a “vasectomy reversal”) by reconnecting the tubes that were closed or blocked, but the procedure is complicated, not usually covered by health insurance and typically works only 50% of the time. If a man decides that he wants to have children after having a vasectomy, another option is to have sperm removed from the testes for in vitro fertilization (IVF). IVF is a special medical procedure where a woman’s egg is fertilized by a male’s sperm in a test tube to create an embryo which is then placed in a woman’s uterus (womb), when the time is right.