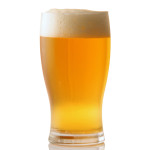 Images of people drinking alcohol are everywhere — on TV, in the movies, on billboards, in magazines. However, it’s important to remember that alcohol is a drug and can cause serious health problems. Learn the facts about alcohol and keep yourself safe!

The scientific term for the alcohol that people drink is “ethyl alcohol” or “ethanol”. Alcohol is produced by a process called fermentation, and is found in beer, liquor, and wine. There are other types of alcohol as well, many of which can lead to severe sickness or even death. They’re found in cleaning products, rubbing alcohol, some medications, antifreeze, or in fuel, and are NOT for drinking.

How much alcohol is in a drink?

It depends on the drink. You might think that because a shot glass is small, there’s less alcohol than in a bottle of beer, but that’s not true. In fact, a shot glass can hold the same amount of alcohol as bottle of beer or a glass of wine. A standard drink is considered 0.6 ounces of pure alcohol.

The same amount of alcohol is in:

Why do people drink alcohol?

People have been drinking alcohol for thousands of years. Drinking has become a part of many cultures and religious celebrations, and some people enjoy the taste or the way it makes them feel.

However, there are times when people drink alcohol for the wrong reasons. Some of these reasons include:

What happens to the body when you drink?

When you drink, alcohol enters the bloodstream through your stomach and small intestine. From there it travels to the brain, and because it’s a depressant, it slows down the functions of your body.

Getting “drunk” (or intoxicated) is your body’s reaction to drinking too much alcohol. This happens when someone is binge drinking.

What is binge drinking?

What is alcohol poisoning?

Alcohol poisoning is one of the most dangerous consequences of binge drinking. Alcohol is processed by your liver, and it takes approximately an hour to process a drink. So, if you have more than one drink in an hour, you’re giving your liver more than it can handle. Although your body absorbs alcohol pretty quickly, it takes a lot longer to get out of your system. If you’ve binged, you’re left with a body that can’t process all the alcohol that it took in, and you can become very sick.

Symptoms of alcohol poisoning include:

If someone you know has any of these symptoms, they need immediate medical help. Call 911 right away, and remember to never leave an unconscious person alone.

If you’re binge drinking, you might be so intoxicated that you don’t even realize these symptoms in yourself. This is just one reason why binging is so dangerous.

Alcohol and Your Brain

Scientists used to think that people’s brains were fully developed by the age of 10, but now there’s evidence that shows that the brain isn’t fully developed until people are in their 20’s, or even 30’s. What this means for you as a teen is that your brain is still developing, and alcohol could impair that development.

The last part of the brain to develop is called the frontal lobe, which affects both judgment and impulse control. As a teen, your brain is sophisticated enough that you’re able to learn lots of new things and retain them with a sharp memory. However, you’re also more likely to make risky decisions. So even though you’re smart and you think clearly, it’s harder to recognize what’s going to happen after you do something.

Your friends are drinking at a party. They offer you some beer, and it seems like a good idea at the time – lots of people are drinking and having fun. So, you drink with them, without really thinking about the consequences.

That’s where judgment and impulse control come in. You might drink before you’ve thought about what’s going to happen afterwards. How are you going to get home? Is there a designated driver? What happens if someone drinks too much and gets sick?

As a teen, you’re retaining new information and learning new behaviors. What’s interesting is that in your brain, the process of general learning is actually the same process as developing an addiction. So, although you might think that you’re just having a few drinks once in a while, you’re exposing your brain to the learning process of drinking alcohol, which can lead to addiction later on.

Alcohol doesn’t kill brain cells but it does interrupt the connection between the neurons, such as the part of the brain that is involved in motor coordination.

Because alcohol has serious effects on your body and your brain, you should NEVER ever drive a car after you’ve been drinking; even if you’ve only had one drink. According to the CDC and the US Department of Transportation, alcohol is a factor in approximately 41% of all deaths from motor vehicle crashes. You should NEVER get in a car with someone who has been drinking.

What about the rest of my body?

Drinking to excess has both short- and long-term effects on your body. Short term risks of drinking alcohol are mostly related to impaired judgment and include injuries, such as motor vehicle crashes and falls, violence, including sexual assault, or risky sexual behaviors.

Additionally, long term alcohol use can lead to chronic illnesses such as:

Energy drinks are beverages that contain caffeine, stimulants, and sugars. When an energy drink is combined with alcohol, it’s called a caffeinated alcoholic beverage (CAB).

Why are CABs dangerous?

These drinks are dangerous because the caffeine in the drink can mask the depressant effect of alcohol on your body. Alcohol slows down your system, but caffeine picks it up; so you may be able to drink more than you usually would without feeling tired or sleepy and you could end up consuming more alcohol than you normally would.

According to the CDC:

Data on CABs are pretty scary. If you’re old enough to drink, be responsible and keep your alcohol and energy drinks separate.

Even though drinking might seem cool and fun, getting into legal trouble because of it is quite the opposite. In the US, it’s illegal for people under the age of 21 to purchase or consume alcohol. The penalties vary from state to state, but if you get caught, you could get into serious legal trouble.

The same goes for drunk driving; driving under the influence of alcohol (DUI) or driving while intoxicated (DWI).

Some of the possible consequences of being convicted of drunk driving include:

Aside from these consequences, driving under the influence puts you, your passengers, pedestrians, and other drivers at a serious risk. Getting into an accident because you’ve been drinking is NOT worth harming — or even killing yourself or others.

Signs of alcohol abuse include:

Alcohol dependence (also called alcoholism or alcohol addiction) is a chronic disease, and is different from alcohol abuse.

Signs of alcohol dependence include:

If you’re not quite sure if you’re having a problem with alcohol, ask yourself the following questions:

If you’ve answered yes to one or more of these questions, you likely have a drinking problem, and you should talk with your HCP, parent/guardian, or another trusted adult about getting help.

Where can I get help if I have a drinking problem?

If alcohol use is affecting your life in a negative way, or if you feel you can’t get by without it, there are several places you can go for help and support:

You can also call:

If you need help with a drinking problem, there are many services available to help. Don’t be afraid to reach out to someone you trust, call a hotline, or join a support group.

If you’re concerned about alcohol, here’s a tip on how to bring it up with your health care provider: I think I might have a problem with alcohol, but I’m not really sure.