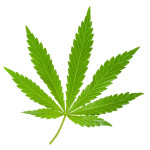 Weed, pot, Mary Jane, ganja, bud – what do these terms have in common? They’re all slang names for marijuana.

Marijuana is the product of the dry, shredded flowers, stems, seeds, and leaves of the hemp plant Cannabis sativa or Cannabis Indica. All forms of marijuana contain the mind-altering chemical “THC” (short for delta-9-tetrahydrocannabinol) which is the main ingredient. There are also as many as 400 other chemicals in marijuana, including cannabadiol (CBD), which is responsible for some of marijuana’s beneficial effects.

How potent (strong) is marijuana today?

The amount of THC in the plant has a lot to do with how strong or potent the marijuana is. The more THC, the stronger the marijuana. Today’s leaf marijuana has a much higher concentration of THC than ever before. While low concentrations of THC (2-4%) might have a relaxing effect, high concentrations (12% or higher) can have the opposite effect and may cause people to feel agitated, paranoid, anxious, and it can even cause hallucinations.

Other important things to know: the amount of THC in marijuana can be different depending on the type of plant, which part of the plant is being used, where it was grown and prepared, and finally, how it is stored. Marijuana is typically smoked as a “joint” (cigarette), a “blunt” (hollowed out cigar made of tobacco leaves), in a pipe, or a bong. Marijuana, or concentrated THC extracts or oils, can also be vaporized and inhaled (“vaped”), mixed into foods, or brewed as a tea.

The strongest forms of the marijuana plant are: Vaping “pods”, sinsemilla, hashish and hash oil and other cannabis extracts.

eCigarettes have become very popular among youth during the past 1-2 years. As more states have legalized “medical marijuana” and recreational use of marijuana, vaping cartridges or “pods” containing very high concentrations of THC have become available for sale to adults. However, they inevitably find their way into the hands of youth as well. These have been associated with a recent rash of severe chemical pneumonias resulting in acute respiratory failure and some deaths across the U.S.

Sinsemilla – is made from the female marijuana plant and does not have seeds, yet it has a high concentration of THC. Sinsemilla contains about 10-30% of THC.

Hashish – is made from the resin of the marijuana plant and is one of the strongest parts of the plant. Hashish contains about 10-20% of THC.

Hash oil – extracts are the most potent (strongest) part of the plant. Super strong hash oil extracts are also called “wax,” “dabs,” “budder,” “crumble,” and “shatter.” These are made by removing THC from the marijuana plant in an oil form. Hash oil extracts are extremely potent and according to a recent research study, they may contain as much as 80-90% of THC.

What happens when someone smokes marijuana?

When someone smokes marijuana, the THC travels through the lungs and into the bloodstream. When it reaches the brain, THC connects with the nerve cells that affect memory, concentration, perception, mood, and pleasure through the brain’s reward pathway. This is what is called a “high”. Powerful memories of intense high are implanted into the amygdala, part of the brain’s limbic or “survival” system, which can cause intense drug cravings for months, years or even for the rest of your life.

Within a few minutes of smoking, a person may experience a combination of the following:

The way marijuana affects a person depends on how strong the THC content is, how it is being used, whether alcohol and/or other drugs are being taken at the same time, as well as a person’s reaction to it.

Keep in mind that other drugs can be mixed in with the marijuana without the user knowing beforehand. If there are other drugs mixed in, the effects may be more intense.

Are there other effects I should know about?

Yes. Because the chemical THC directly affects the brain, marijuana can cause problems that can last for days, or even weeks, including:

THC also upsets coordination, balance, posture, and reaction time. This can lead to problems while playing sports and doing activities that require your full attention and quick thinking, such as driving.

THC can harm the developing brain of a fetus (unborn child) if a pregnant woman uses any form of marijuana. THC also passes through breastmilk and can be harmful to an infant.

Researchers have reported cases of “cannabis hyperemesis syndrome” in some people who use marijuana regularly. Symptoms include severe vomiting and stomach pain which usually stops when the person stops using marijuana altogether.

Long-term marijuana use can have many negative effects as well.

If using marijuana can harm you, why do people do it?

Even though research shows that there are many negative effects from using marijuana, some people choose to use it anyway. This may be because of the effects such as relaxation and euphoria (intense happiness) that they feel while using it. The truth is that even though something may feel good, it doesn’t mean it’s good for you.

Reasons people use marijuana may include:

I’ve heard that marijuana can be used as medicine – is that true?

The FDA (Federal Food and Drug Administration) has approved pills that contain THC for cancer patients (who have nausea and vomiting) and for patients diagnosed with AIDS (who have a low weight and/or no appetite). Research is being done to find out other possible uses and forms of THC and other cannabinoids (chemicals from the cannabis plant that act on a certain type of receptor in the brain). A person must have a prescription to get it. Companies that make certain medicines are working to develop safe, standardized medications with the Cannabidiol (CBD) compound.

I’ve heard a lot about marijuana on the news. What are the legal issues involved?

Thirty-three states have legalized “Medical Marijuana” for people with certain chronic, debilitating conditions such as cancer, HIV and multiple sclerosis. To purchase it, you must have a doctor’s certificate. Twenty-seven states have decriminalized marijuana possession (small amounts) and 10 states have legalized recreational use of marijuana for adults aged 20-years and older. It remains illegal for those under age 21 in all 50 states.

The consequences vary, but usually include:

What about drug testing?

Many employers test for drug use during the hiring process, and some have ongoing random drug screening. Marijuana users may not be able to get a job because of their drug use, or they may lose their job if a test comes back positive. The same is true of sports teams. If you test positive for marijuana, you might not be able to play, or you could get cut from your team and have to pay a fine. A urine test may be positive for days to weeks after marijuana use. How long depends on how often a person had been using the drug prior to the test.

How do I know if I have a problem with marijuana use?

Some signs that you may have a problem with or be addicted to marijuana include:

How can I quit using marijuana?

If you want to quit using marijuana, the most important thing to do is speak with a trusted adult who can assist you so you get the help you need. There are treatment programs that focus on counseling and group support, and there are programs designed especially for teens. Ask your health care provider for a referral.

The American Academy of Pediatrics (a group of over 62,000 pediatricians who specialize in caring for children, adolescents and young adults) does not support legalizing marijuana because of the possible harm to minors. For more information, check out http://www.drugabuse.gov/publications/drugfacts/marijuana