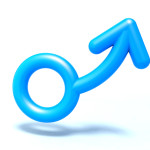 Your friends might call it any number of slang terms – boner, hard-on, stiffy, chubby – what they are all referring to is an erection. Erections occur when the penis fills with blood and stretches in shape and in size. Erections can last just a couple of minutes or much longer depending on the stimulation involved.

Why do guys get erections?

For most of the day, your penis is in a flaccid state (meaning it is soft). Erections can occur for any number of reasons, but are usually triggered by some sort of sexually arousing thoughts or stimulation. Young men typically begin getting erections during puberty as a normal part of their sexual development. Guys may also experience erections during their sleep, which can sometimes result in a “wet dream,” which occurs if one ejaculates while sleeping.

Wait, not now! What can I do to stop an erection?

Sometimes you might get an erection when you least expect it or when you really don’t want one! Relax – this is a normal part of healthy development. Guys can get erections even if they are not thinking about anything sexual. If this happens to you, try to get your mind on something else other than what’s happening in your pants. If you’re in a public place with people around you, try discretely readjusting your pants or shirt to cover yourself. If all else fails, excuse yourself to use the bathroom.

What if I have difficulty maintaining an erection?

Just as there are a variety of factors that can cause an erection, there are also factors that may cause you to lose an erection. This can be especially troubling for some guys if it occurs during sexual activity with a partner. Distractions, fatigue, feeling self-conscious, or feeling tense can all cause a temporary loss of an erection. If this happens, try not to sweat it too much as this is a natural and common occurrence.

If you cannot get an erection while you are by yourself, drug use, diet or some other physical condition may be to blame. Speak with your health care provider who can advise you on what might be the cause and what can be done to improve the problem.

Is it safe to use erectile dysfunction medication?

Erectile dysfunction (also called impotence) can sometimes occur in older men who have difficulty getting and maintaining an erection. Health care providers may prescribe a medication such as Viagra to treat this condition. However, Viagra is rarely prescribed to younger men. The use of erectile dysfunction medications when not prescribed by a health care provider can be dangerous. Some studies show that use of these medications, especially when combined with other drugs or alcohol may permit guys in an altered mental or physical state to engage in risky sexual activity, potentially contributing to the spread of sexually transmitted infections or unwanted pregnancies.