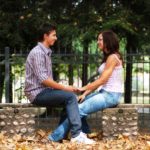 The truth is, a girl can get myfastpregnancy.com at any point during her cycle if she is not using an effective method of contraception to prevent pregnancy. It’s true that girls are most fertile during ovulation (when their body makes eggs.) While most women ovulate around the middle of their menstrual cycle (halfway between two periods) every female is unique and ovulation time can vary a lot. Some girls ovulate early in their menstrual cycle, others ovulate in the middle of their cycle and some release egg(s) later in their cycle. It’s also important to keep in mind that an egg can live 12-24 hours after it is released, and sperm can live up to 6 days.

Every month a girl’s body prepares for ovulation and the possibility of pregnancy. The endometrium which is the lining of the uterus (womb) becomes thicker and the ovaries get ready to release a mature egg. When a guy ejaculates in a girl’s vagina, millions of sperm are released in the semen but it only takes one sperm to get to an egg to cause pregnancy. If this happens, fertilization occurs and the fertilized egg travels to the uterus where it implants and eventually grows. It takes about 3-4 days to finish implanting. When this process is complete a girl is officially pregnant. However, if implantation does not occur, a girl will shed the lining of her uterus which is called her menstrual period and the cycle starts all over again.

The best way to prevent pregnancy is to use an effective method of birth control along with condoms to lessen your chance of getting or spreading a sexually transmitted infection. Check out the links below and talk to your partner about birth control options.