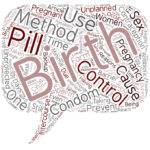 If you’re thinking about becoming involved in a sexual relationship, making healthy sexual decisions is extremely important, because they involve your body, your mind, and the well-being of another person. If you do decide to have sex, it’s important to learn about how to protect yourself and your partner from getting an STI, and how to prevent pregnancy if you’re having sex with a female.

There are many different types of birth control (also called contraception). They vary in how well they prevent pregnancy, how much they cost, how easy they are to use, and whether or not they protect against STIs. Birth control options also vary depending on whether they’re used by girls, guys, or both. There are some methods of birth control that are specifically for guys, some that are specifically for girls, and abstinence (not having sex), which anyone can practice.

If you do have sex, you’re at risk for STIs and causing pregnancy. However, if you practice safe sex with only one partner (who isn’t infected and has no other sexual partners) and you make good decisions about birth control, you can greatly lower these risks.

The most effective birth control for males are condoms. Condoms are worn over the penis during sex with a male or female partner. They prevent pregnancy by acting as a barrier, preventing semen from entering the vagina so the sperm can’t reach a female’s egg. Condoms also lessen the chances of getting a sexually transmitted infection (STI) by acting as a barrier, preventing STIs from passing from one partner to another. Using condoms allows guys to have an active part in preventing pregnancy! You can learn more about how to use condoms by reading our condom health guide.

If you’re concerned about birth control, here’s a tip on how to bring it up with your health care provider: What’s the best kind of birth control? 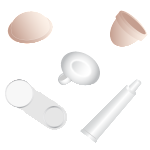 What does the term “barrier method” mean?

A “barrier” is something that blocks or separates; for example, a wall or a fence. The term “female barrier method” of birth control means that there is a barrier (either physical or chemical) that is used to prevent a man’s sperm from reaching a female’s egg and thus preventing pregnancy.

Take a look at the image below to become familiar with the female reproductive system.

What are the different types of female barrier methods?

There are five types of female barrier methods:

Spermicides are a chemical barrier method of birth control that come in different forms, such as foams, creams, jellies, suppositories (small oval shaped devices that get placed in the vagina and release a foam), and films (small paper-like tissues that get inserted into the vagina). They work to prevent pregnancy by paralyzing or killing sperm so that the sperm can’t pass through a woman’s cervix and reach her uterus.

A cervical cap is a small dome-shaped cup that fits tightly around the base of a woman’s cervix (the opening of the uterus at the top of the vagina). The cap forms a physical barrier to stop sperm from reaching a woman’s uterus. The FemCap is the only brand of cervical cap that is currently available in Europe, Canada, and the United States. Note: Spermicide always needs to be used with the cervical cap.

To understand how effective the cervical cap is, first you need to know that there are two different sets of efficacy rates. One set is called “nulliparous” and another called “parous.” Nulliparous is a medical term that means a woman has never given birth to a baby. Parous is a medical term that means that a woman has given birth to one or more babies.

The contraceptive sponge is a small, doughnut-shaped foam sponge that contains spermicide. It’s placed in a woman’s vagina, and a “dimple” on one side fits over the cervix and stops sperm from reaching the uterus. Once in the vagina, the sponge releases spermicide.

Like the cervical cap, the contraceptive sponge has two different sets of efficacy rates; one for “nulliparous” women and one for “parous” women.

A diaphragm is another small dome-shaped device that fits inside the vagina and covers the cervix. To obtain a diaphragm, a woman will need to be fitted for one by her health care provider, and she will also need a prescription. Note: Spermicide always needs to be used with a diaphragm.

For the most part, no. The cervical cap, contraceptive sponge, diaphragm, and spermicide do NOT protect against STIs. The ONLY female barrier method that protects against STIs is the internal condom. 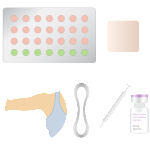 What are hormonal methods of birth control?

What are the different types of female hormonal methods?

Hormonal (female) contraceptive methods include (list from most effective to effective):

A hormonal implant is a tiny rod the size of a matchstick that gets inserted under the skin of a woman’s upper arm. The implant releases hormones that prevent pregnancy.

An IUD is a small device that is placed inside of a female’s uterus. The hormonal IUD releases hormones that prevent pregnancy and can stay in a woman’s body for up to five years.

Birth control pills (also called oral contraceptive pills or the “Pill”) are small tablets that a woman takes each day. The pills are made up of hormones (progestin-only or a combination of estrogen and progestin) that work to prevent pregnancy.

Depo-Provera® is an injection (shot) that a woman is given every 3 months. The shot contains a hormone that works to prevent pregnancy.

An estrogen-progestin hormonal injection is a shot than a woman receives once a month. It contains hormones that prevent pregnancy. Note: These injections are not available in the US.

The hormone patch looks like a small square Band-Aid® and is worn on the skin; either on the stomach, buttocks, upper back, or upper arm. It contains hormones that get absorbed through the skin and works to prevent pregnancy.

The vaginal hormonal ring, or “ring” for short, is a small, flexible ring that a woman inserts into her vagina. The ring releases hormones that prevent pregnancy.

Do hormonal methods of birth control protect against STIs? 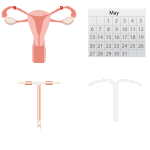 What other types of birth control are available for females?

An IUD is a small device that is placed inside of a female’s uterus. The copper IUD does not use hormones. Instead, it has copper wire coiled around the stem and arms of the IUD, which prevents pregnancy. The copper IUD can stay in a woman’s body for up to 10 years.

The LAM method is a temporary method of birth control that a woman can use under the following conditions:

Breastfeeding a baby changes how a woman’s body works and prevents the ovaries from releasing an egg. When there is no egg, pregnancy can’t happen.

No. None of these methods protect against STIs. If you’re sexually active, use a condom every time you have sexual intercourse to protect yourself from getting an STI. Abstinence (not having sex) is the only method that guarantees pregnancy and STI prevention.