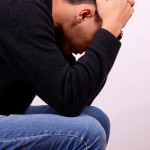 Everyone has ups and downs in their mood or feelings of “moodiness” once in a while. When these ups and downs involve extreme emotions and begin to interfere with normal everyday activities such as school, work, and relationships, there may be a problem. A person with Bipolar Disorder experiences unusual and extreme shifts in mood, energy levels, and behaviors all at one time. These changes are called “episodes,” and they usually last for days at a time.

What is Bipolar Disorder?

There are two main types of Bipolar Disorders – Bipolar I and Bipolar II. With both types, there are manic episodes and depressive episodes. There may be mixed episodes with both mania and depression but this is not as common. Symptoms occur every day and last at least one to two weeks and often last longer. If a person experiences depression and no manic episodes, they do not have Bipolar Disorder.

What is not Bipolar Disorder?

We all experience moodiness at times, especially when we are stressed. Being a teenage is an challenging time, as there are changes in academic expectations, peer relationships, and parent-child relationships. As a person struggles with all of these transitions, it’s normal to have emotional ups and downs; however, moodiness by itself is not the same as Bipolar Disorder.

What is a manic episode?

A manic episode is the opposite of depression.. We all have periods of high energy and happiness, but a manic episode is a more extreme experience of emotions and gets in the way of everyday activities. According to the DSM-V (the manual that providers use to diagnose emotional disorders), someone who is having a manic episode will have some of these symptoms:

In a manic episode, these behaviors are extreme and serious enough to interfere with a person’s school, work, and home life.

What is a depressive episode?

A person experiencing a depressive episode may have some of the following symptoms:

Symptoms typically all day every day for at least two weeks

Do a lot of people have Bipolar Disorder?

Who is more likely to have Bipolar Disorder?

Bipolar Disorder is more common in young adults and adults than in children and teenagers. Research shows that the diagnosis of Bipolar disorder isn’t influenced by ethnicity or gender. Having family members with the disorder, increases risk for developing a disorder (but does not guarantee it).

How do I know if I have Bipolar Disorder?

Someone with Bipolar Disorder will have unusual and extreme changes in mood, behavior, and energy levels every day that last most of the day, for at least a week at a time. This change in mood and behavior would be noticeable to family, friends, co-workers, and teachers. A person with Bipolar Disorder may have a lot of trouble sleeping and being calm, may have unusual and extreme behaviors or may have trouble feeling good enough to do every day things.

What problems can Bipolar Disorder cause?

People who struggle with Bipolar Disorder may have some of these problems:

How do I get help?

Talk with a parent or adult that you trust if you are concerned that you might have Bipolar Disorder. They can help you find a mental health clinician who is experienced in treating it.

What is the treatment for Bipolar Disorder?

There are many kinds of treatment for Bipolar Disorder, including:

A combination of psychotherapy and medication is usually the most effective treatment. A mental health clinician can recommend the best type of therapy for you.