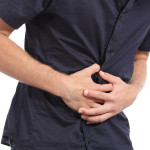 Celiac disease (also known as coeliac disease or celiac sprue) is the name of a condition in which the body’s own immune system overreacts to gluten, a protein found in many common carbohydrate foods made out of wheat such as cereal, bread, and pasta.

How does celiac disease affect the body?

Over time, this immune reaction to gluten damages the small intestine, where most nutrients are absorbed into the body. Eventually the body becomes malnourished no matter how much food is eaten, because the body can no longer absorb enough of the nutrients in the food.

What are the symptoms of celiac disease?

Other symptoms may include:

Younger people suffering from celiac disease while they are growing may also experience:

However, celiac disease can also be “asymptomatic,” meaning that a person does not exhibit any of these symptoms.

How common is celiac disease?

Celiac disease occurs in about 1 in 133 people.

The exact cause of celiac disease is unknown but scientists do know that it is an autoimmune disorder, it runs in families, and certain environmental factors such as a viral infection, pregnancy and childbirth may trigger the disease in someone who is already at risk.

How is celiac disease diagnosed?

Celiac disease can be difficult to diagnose because the symptoms are often similar to the symptoms of other medical conditions. If a person is thought to have celiac disease, either due to symptoms or because a close family member has been diagnosed, they will likely need to have a:

What is an endoscopy?

An endoscopy is a procedure that allows a doctor to look at the small intestine with a very thin flexible instrument that has a tiny camera at the end, called an endoscope. The instrument allows the doctor to look for inflammation and/or destruction of the lining of the small intestine. The patient will receive medicine that will cause drowsiness (so you are not awake during this!). The endoscope is inserted through the patient’s mouth, all the way to the small intestine where a small piece of tissue can be removed (called a biopsy) and viewed in more detail.

How is celiac disease treated?

Since the symptoms of celiac disease are caused by a reaction to gluten, the only treatment is to completely avoid eating and drinking foods and beverages that contain gluten. Complete elimination of gluten from the diet generally allows the small intestine to heal and enables the body to properly absorb the nutrients from food. This “gluten-free diet” must be maintained for the patient’s lifetime –eating gluten at any point will mean damage to the small intestine and a return of symptoms. Even if a person is asymptomatic, if they are diagnosed with celiac disease they must follow a gluten-free diet in order to prevent lasting damage to the intestines which can put them at greater risk for developing colon cancer and other medical issues later in life.

Many foods are naturally gluten free such as fruit, vegetables, dairy, meat, beans, nuts, tofu, and fish. There are many gluten-free versions of other foods such as pasta, bread, and crackers that you can find in regular grocery stores and specialty markets. Learning how to follow a gluten-free diet can be challenging at first but feeling better is worth it! If you are diagnosed with celiac disease, it can be helpful to meet with a dietitian, who can teach you how to eat safely at home and in restaurants, and help create an individual gluten-free meal plan for you.

If you’re concerned about celiac disease, here’s a tip on how to bring it up with your health care provider: “I’m having bad stomach pain and bloating, and my bowel movements are unusual. Could it be possible that I have celiac disease?”