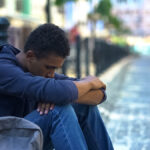 What is human trafficking?

Human trafficking is a crime involving the recruitment, transportation, purchase, and/or hiding of anyone. These individuals are held by a use of force, fraud, or manipulation for the purpose of commercial sexual acts (sex trafficking) or forced employment (labor trafficking). “Commercial” means that there is an exchange of something of value – often this is money but it can also be food, a place to sleep, drugs, clothing, jewelry, or other items. Sexual acts might include physical acts (oral, anal, or vaginal sex) or the exchange of sexual photos/videos, dancing or stripping, sexual massage, or any other situation where someone is profiting off the use of someone else’s body in a sexual manner. In the United States and most other countries it is illegal to exploit a person in this way.

What is commercial sexual exploitation of children (CSEC)?

Commercial sexual exploitation of children (CSEC), refers specifically to victims under 18 years old, whose bodies are bought and sold for sexual purposes. CSEC is a form of human trafficking. In the past, CSEC was referred to as “teen prostitution,” but this term is no longer used because calling it “prostitution” sends a message that the victim is involved willingly in the sexual act, is old enough and mature enough to consent, and has control over their experience. We know this is NOT the case for victims of exploitation.

How does someone become a victim of CSEC or trafficking?

There is no one way that someone becomes a victim of this crime but there are a few common ways that traffickers or exploiters, sometimes called “pimps”, get their victims involved in exploitation.

Many people assume that CSEC victims are kidnapped or taken by force, and the media has reinforced this by showing similar stories on TV and in movies. This does happen sometimes, but more often young people are recruited in to the commercial sex industry by someone they meet who acts like a friend or romantic partner.

The exploiter might start out treating them well but over time this person acts in more and more harmful ways, such as asking the victim  to do things that make them uncomfortable or putting them in danger, and eventually asking them to participate in a commercial sex act. This is a process called “grooming”, where the exploiter gains the victim’s trust and then exploits them, often using threats to keep them from seeking help. These can include physical threats, threats to harm or to exploit a family member, or threats to expose what the young person is now involved with.

However, not all exploitation involves these coercive measures. Exploiters may manipulate the young person emotionally to have them believe that they deserve what’s happening, that this is the only thing they’re good at, or that they have no other options. Some victims are involved in exploitative relationships with someone who is offering to meet their basic needs such as food and shelter in exchange for sexual acts.

What are the signs that someone is a victim of CSEC or trafficking?

It can be challenging to know whether or not someone is a victim of CSEC or trafficking. However, there are several things you can look out for if you’re worried that someone is being trafficked or exploited.

Not everyone will have obvious signs that they are involved in exploitation or trafficking, but there will often be some changes that could mean something dangerous is going on.

Where does human trafficking exist?

Human trafficking takes place all over the world, not just in disadvantaged countries as popular media would have you believe. Unfortunately the reality is that human trafficking happens everywhere that there are people willing to buy sex. This means it happens in big cities, small towns, fancy hotels, run-down motels and apartments, office buildings, people’s homes, and more and more it is happening online as well. Access to the internet brings a lot of wonderful opportunities but it also brings  the possibility to take advantage of vulnerable or helpless people. Exploiters may find victims online and exploit them via photos, videos, livestream, or by introducing them to people who want to meet them in person to purchase sex.

People who recruit others for the purpose of trafficking do not discriminate, targeting children, teens, and adults worldwide. However, exploiters do often target groups of people who are already vulnerable.

A significant risk factor for exploitation is the experience of having already been mistreated as a child. Some young people may have been taught from a young age that they are not worthy of love, or may not know what a healthy relationship looks like. Young people who have been sexually abused are especially vulnerable as exploiters may learn about their trauma and use it to manipulate them in to believing that they deserve what is happening. Young people who are involved in the child welfare or juvenile justice systems are  at very high risk to become a victim of this crime, especially those who may go missing from group care settings or otherwise become homeless.

Marginalized (i.e. people who do not receive the same opportunities as others) are especially vulnerable to exploitation. In the U.S. more than half of identified victims under 18 are youth of color. Young people who identify as LGBTQ+ are at increased risk for exploitation and exploiters may use their status against them by threatening to expose them if they don’t obey. This is also true for those who are undocumented immigrants or who do not speak a country’s primary language. Exploiters may also target young people who are living in poverty, knowing that the promise of access to money that they or their family may need can keep victims from getting help.

How can I protect myself against human trafficking?

While becoming involved in human trafficking is never the victim’s fault, here are some tips on ways teens can stay safe.

How can I help someone I think may be a victim of human trafficking? What if I am a survivor/victim?

If you or someone you know is a victim of human trafficking it is very important to tell a responsible and trusted adult as soon as possible. This could be a doctor/nurse, counselor, teacher, police officer, faith leader, coach, or anyone else who you feel comfortable going to about your concerns or your situation. Resources and supports vary a lot by state/country so look online for agencies in your area that support trafficking survivors. The resources below are a great place to start.

Remember that not everyone is going to feel safe talking about or leaving a situation where they are being harmed. If you’re worried about a friend, let them know you’re concerned and be there to listen if they’re ready to open up. Make a safety plan and never try to confront the exploiter yourself. See our guide on dating violence for more advice on exiting a dangerous relationship.

Whether it’s yourself or someone else, if a situation makes you feel unsafe, it’s most likely is, trust your gut and ask for help!