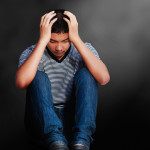 What are sexual assault and rape?

Sexual assault and rape can happen to anyone regardless of age, gender identity, race, sexual orientation, intellectual ability, or physical ability, and it is never your fault. Sexual assault or rape cannot be blamed on what a person was wearing, how they were acting, where they were, or how late they were out.

How common are sexual assault and rape?

Unfortunately, sexual assault and rape are common in the United States:

What should I do if I have been sexually assaulted or raped?

If you have experienced sexual assault or rape, it is not your fault and you are not alone. You may not know what to do, how to feel, or who to tell- and that is okay. These decisions are personal, and you get to decide what you do.

Here are some things you might want to consider immediately after a sexual assault:

Many people who have experienced sexual assault or rape never tell anyone about it. There are many reasons why someone may not report sexual assault, including:

It can take days, weeks, months, or years for someone to decide to talk about a sexual assault. You may consider telling someone you trust about the sexual assault, such as a friend, parent, counselor, or healthcare provider. You may also feel more comfortable talking to someone you don’t know confidentially (see numbers for hotlines below). Talking to a trained professional (counselor, therapist, healthcare professional, national hotline) may be helpful to process what happened to you, to get medical care, to treat depression or PTSD, or to be referred to resources in your area.

What should I do if someone I know has been sexually assaulted or raped?

It is hard to find out that someone you care about has been hurt. The most important thing you can do is support this person and remind them the assault is not their fault. They may or may not decide to tell other people or report the sexual assault or rape to the police. It is important to understand that this is a personal decision, and it is their choice. Let them know you are there for them no matter what they decide to do. If you are not sure how to help them, try talking to a trusted adult (like a counselor or healthcare provider), visiting the websites below, or calling the hotlines below.

You can also take an active role in preventing sexual assault or rape. Try to avoid being just a “bystander”; instead, if you see or hear something that is not right. For example, telling a friend it is not cool to joke about sexual assault or intervening at a party when you see someone try to hook-up with someone who can’t consent to sexual contact (they are drunk, high, or passed out).

If you or someone you know has experienced sexual abuse or rape:

Where can I learn more about sexual assault and rape?