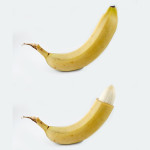 Lots of people have questions about their penis, and whether it’s normal. You may wonder why you do (or do not) have foreskin around your penis.

All sex-assigned at birth males are born with foreskin that covers the tip of their penis. Circumcision is a procedure in which the foreskin (the skin covering the tip of the penis) is removed. It is more commonly done in the United States than other parts of the world.

It’s not “better” to be circumcised or uncircumcised, and both are completely normal. Although circumcised and uncircumcised penises look different, they work the exact same way. Research studies have shown that there are some health benefits to circumcision (a lower risk of urinary tract infections, etc.). However, the benefits seem to be small in the United States, so most providers don’t recommend for or against circumcision. Whether a sex-assigned at birth baby gets circumcised or not is usually based on cultural, religious, and personal preference of the parent(s).

Are there benefits to being circumcised?

Yes, there may be some health benefits to being circumcised. In countries with high rates of HIV (human immunodeficiency virus), circumcision lessens the risk of spreading the virus. However, in most western countries such as the United States, the benefits are not big enough for experts to recommend always having it done.

According to the CDC (Centers for Disease Control) and the AAP (American Association of Pediatrics), benefits may include:

Remember: To prevent STI’s including HIV, you should always use a condom when having sex, whether you are circumcised or not.

Are there any risks to having a circumcision?

Circumcision does have risks because it’s a surgical procedure, but the problems don’t occur often. The most common risks include bleeding, infection, and pain. These risks tend to be higher for teens and adults than for babies and for people with certain medical problems. You should always talk to your health care provider to find out which risks specifically apply to you.

When is a circumcision done?

Who performs a circumcision?

Circumcisions for babies are commonly performed by:

If it’s done for a teen or adult, it’s usually done by a urologist.

Why do parents choose to have their son(s) circumcised?

There are many different reasons why parents may decide to have their son(s) circumcised. Some reasons include religious beliefs, cultural/family preferences, and concerns about hygiene/cleanliness.

If I’m not circumcised, are there any problems I should watch for?

No. You may just need to pay a little more attention to practicing good hygiene, including cleaning underneath your foreskin. If you have questions or concerns, you should talk with your health care provider.

To keep your penis clean:

In most cases, the choice of whether or not to be circumcised was likely made for you when you were a baby. Whether circumcised or not, your penis is completely normal either way. Talk to your health care provider about any questions you may have.